Did you know that we have everything we need to cut out emissions in half by 2030?

The third part of the new IPCC report shows that the world will miss its climate target of 1.5° Celsius warming if we continue as it is. However, it also gives cause for cautious optimism in that the report outlines measures and recommendations for action to limit climate change.

“We have the tools and know-how required to limit warming”, Hoesung Lee, IPCC Chair

The Intergovernmental Panel on Climate Change (IPCC) is an intergovernmental body that summarizes the state of scientific research on climate change to provide a science-based decision-making basis for policy makers.

The Assessment Reports are published every 6 to 7 years and compile the available knowledge on climate change. Around two thousand scientists work hand in hand to produce each report. The third part of the sixth report, which will be published in September, has now been published.

After the first part of the new IPCC report clearly demonstrated that man-made climate change exists, the second part showed the devastating consequences of this climate change. The third part, which has now been published, shows what we must and can do to limit climate change - and where we currently stand.

It becomes clear that we are not on course and that "business as usual" would mean a warming of about 3.2° Celsius. While this is better than 10 years ago, it is not enough.

It is also becoming clear that we have the knowledge and technologies to achieve the climate targets we have set. For example, carbon intensive infrastructure must be phased out early. Emissions from infrastructure that cannot be replaced must be pulled out of the atmosphere via technological interventions. Such interventions can be biological, such as reforestation, or mechanical, such as the removal of CO2 from the air.

Mitigating climate change is also worthwhile from an economic perspective, as the report states that the economic benefits of limiting warming to 2°C outweigh the costs.

The IPCC report makes it clear once again that "business as usual" is not sustainable. But it also gives reason for hope because we have the tools to protect our planet from climate change. One example is the Swiss company Climeworks, which pulls CO2 directly from the air and can then bind it. These technologies should be deployed as quickly as possible and as widely as possible. Because even though it will be expensive to mitigate climate change and deal with the consequences, the cost of doing so will never be as low as it is today.

It is therefore important to direct invested capital to areas where the warming potential is below 2° Celsius.

For further reading, both the summary for policy makers (64 pages, yellow button) and the full report (2900 pages, further sources) can be found below. 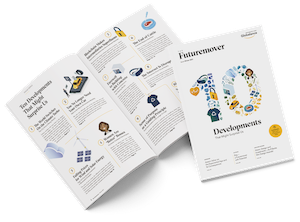